Chocolate for breakfast? We think that is ok! Especially in the form of our chocolate buckwheat pancakes. Not really sure how this recipe came about, but we are so glad it was at least attempted because these are seriously AMAZING! And we’re not just saying that because we have to, we are actually seriously in love with this pancake recipe. 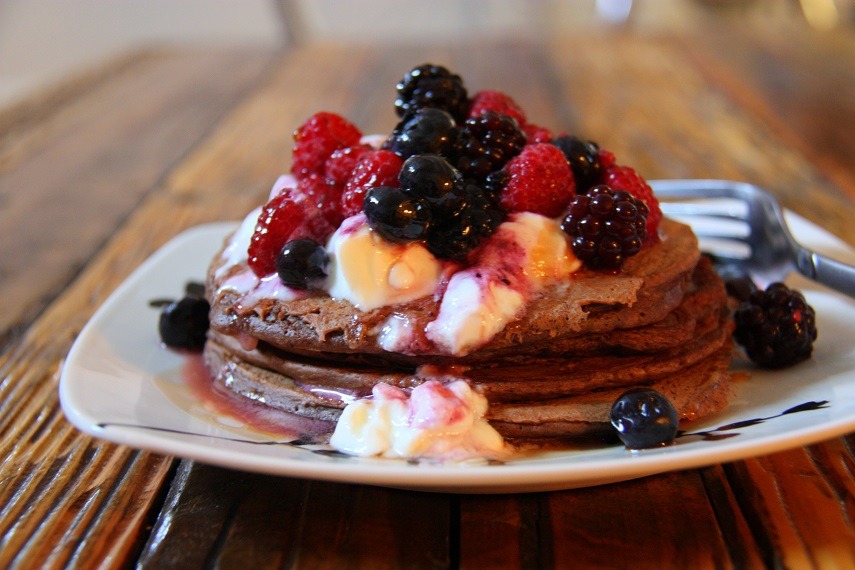 So we’ve just moved into our new apartment in Portland and have been madly rushing around the city trying to get furniture, cookware, bakeware, food and so much other stuff!

Saturday was an absolutely crazy day – awake at 5am, and up till past midnight assembling Ikea furniture!

We were moving couches, screwing in stupid little nails, reading assembly instructions for the bed and the lamp, and walked about 15km. Adam’s hand was blistered from screwing in nails, and I was bruised from accidently dropping a couch on my leg! But in the end, we were rewarded with a relatively well equipped, still slightly messy little apartment that we can now call our home.

By Monday we were absolutely exhuasted, and barely felt like doing anything, so I thought I’d give us a treat, and make our beautiful chocolate buckwheat pancakes for breakfast!

I discovered an amazing store just below our apartment block that sold buckwheat flour (an a tonne of other AMAZING foods, so excited)! I had trialled this recipe before using regular plain flour, but wanted to try it with buckwheat flour instead. The subsitute was really good – it gave the pancakes more of an earthy flavour, and I’d much prefer to use buckwheat flour over bleached white flour!

Our chocolate buckwheat pancake recipe is really easy to make, and serves two people – you get about 3 pancakes each which we think is about perfect! It contains healthier substitues, such as buckwheat flour, coconut, and coconut milk. If you want to stretch the batter a little more, thin it out with some more coconut milk and you will get a few more out of it! 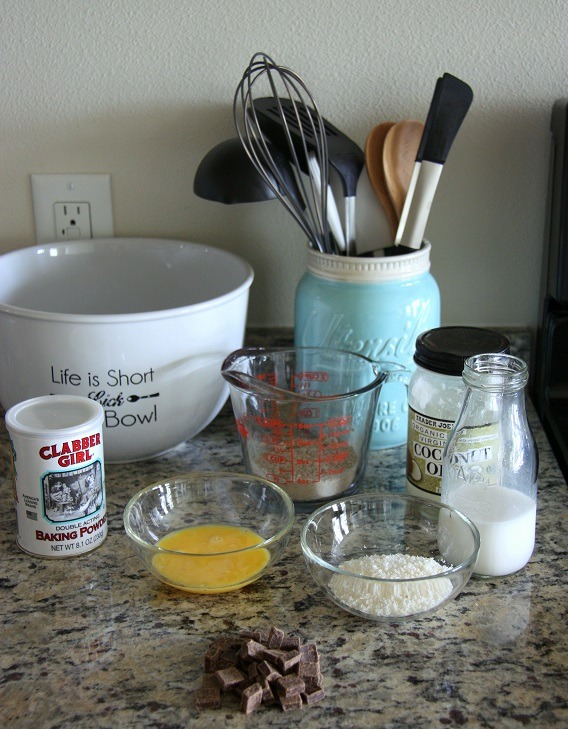 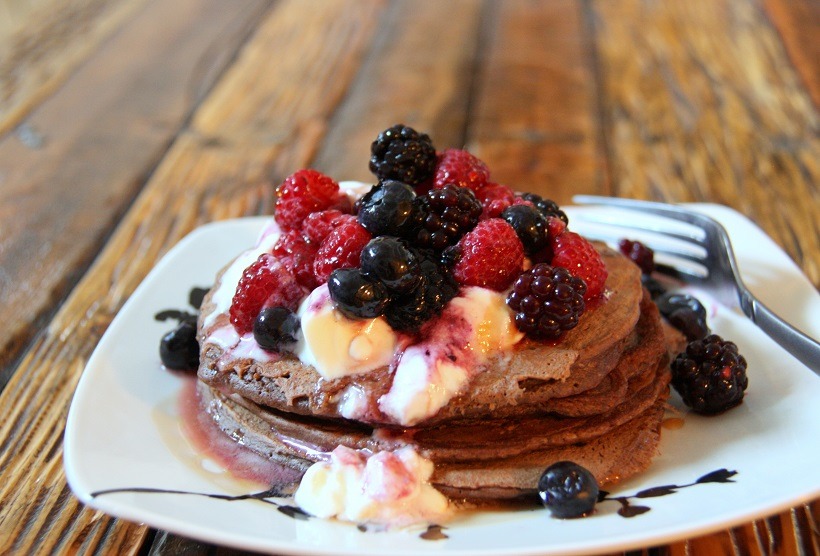 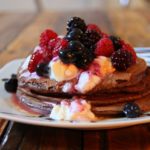 So it turns out today is soup weather! I’m so ex

Got some goodies coming your way soon!! Had so muc

New recipe coming to you soon! I’ve been madly r

Let’s chat spices! What are your favourite spice