Ok, so when I first started writing this article, I was tossing up between calling it ‘red pepper hummus’ or ‘red capsicum hummus’. Ya know why? Apart from the fact that red capsicum humus doesn’t sound overally catchy, I’ve come to the realisation that people are more likely to understand what a pepper is, rather than a capscium. I’ve also come to the realisation, that I’ve started to speak like an American more and more.

I get a lot of ‘huh’s’ when I ask someone a question, or when people don’t understand me. Which kind of gets annoying, especially asking a simple question like ‘how are you?’. So I’ve slowly started to adapt the way I speak to people over here, to avoid that awkward ‘smile and nod because I have absolutely no idea what you’re saying’!

There are lots more, but this is just the small list! If you don’t know many Australians, then you’ll also know that we like to abbreviate our words A LOT! For example:

I think you get the jist of it, if not this video pretty much sums up everything! And it is freaking hilarious! Another hilarious fact, when spell checking this article – spell check didn’t have a clue what half these words meant!

I think where I’m going with this, is the ability for the human brain to adapt to their surroundings. I’ve definitely noticed I’ve been Americanizing my words, even my spelling sometimes (organization, center etc). I’m starting to say stuff like ‘right on’ and ‘how ya’ll going’ which is super weird! I’m even starting to talk in miles, rather than kilometres, yards instead of metres, and gallons instead of litres! WHAT IS HAPPENING TO ME! I guess, I can say, that America has started to get to me! More so to avoid the weird stares, awkward ‘sorry’s’ and head nodding when you know that person you are talking to, have no idea what the F you are saying!

So this brings me back to our red pepper hummus. I figured with more people from America following us, we should go for the ‘pepper’ phrase rather than the capsicum phrase! This red pepper hummus is a variation of our classic hummus that we made a few months back. The only addition to this recipe, is the roasted red pepper, and the paprika to make it a little more smoky and spicy. Apart from that extra step of grilling/broiling the red peppers, you’ve got yourself a delicious version of a classic hummus. This recipe is perfect for entertaining or can be used as a side to a salad, lunch or on toast if you’re keen! We tend to have it as a side on a salad, or with biscuits/crackers when we’ve got people around! 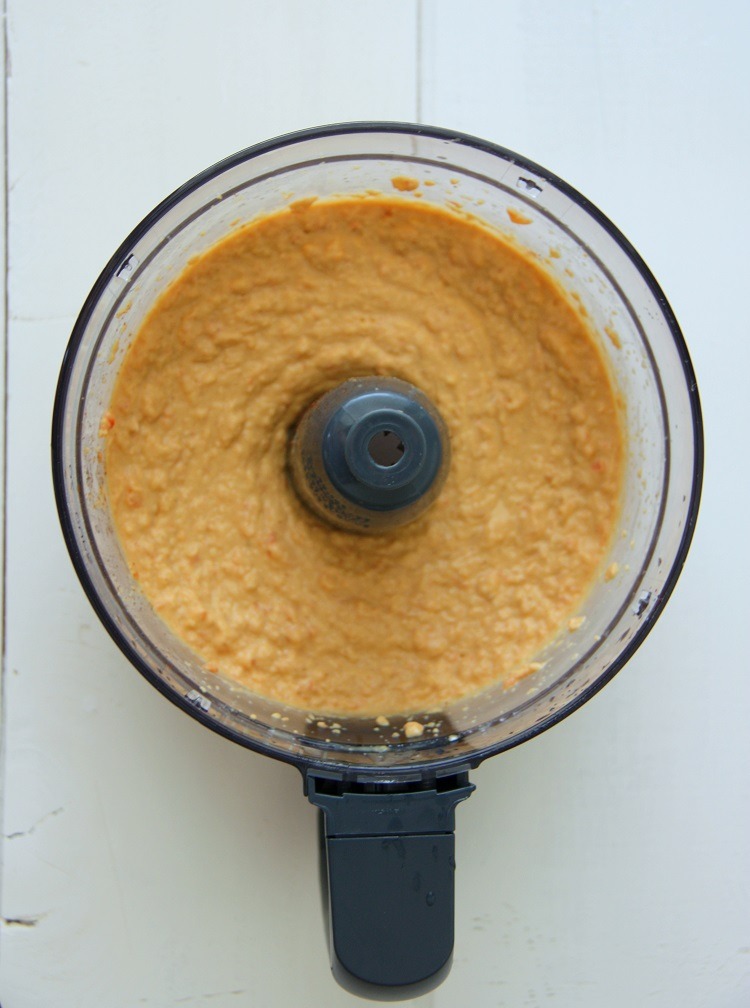 I got the basics for the capsicum from Inspired Taste’s recipe.  Prior to this, I had no idea what the ‘broil’ setting on my oven was for! Ya learn something new every day! For our Australian followers, ‘broil’ basically means char-grilled, I’m sure you can do it on the barbie or on the grill setting of the oven at high temperature.

PS – this is enough for a few days worth of hummus for two people, or it can feed a party of 4-6 if you’re entertaining! 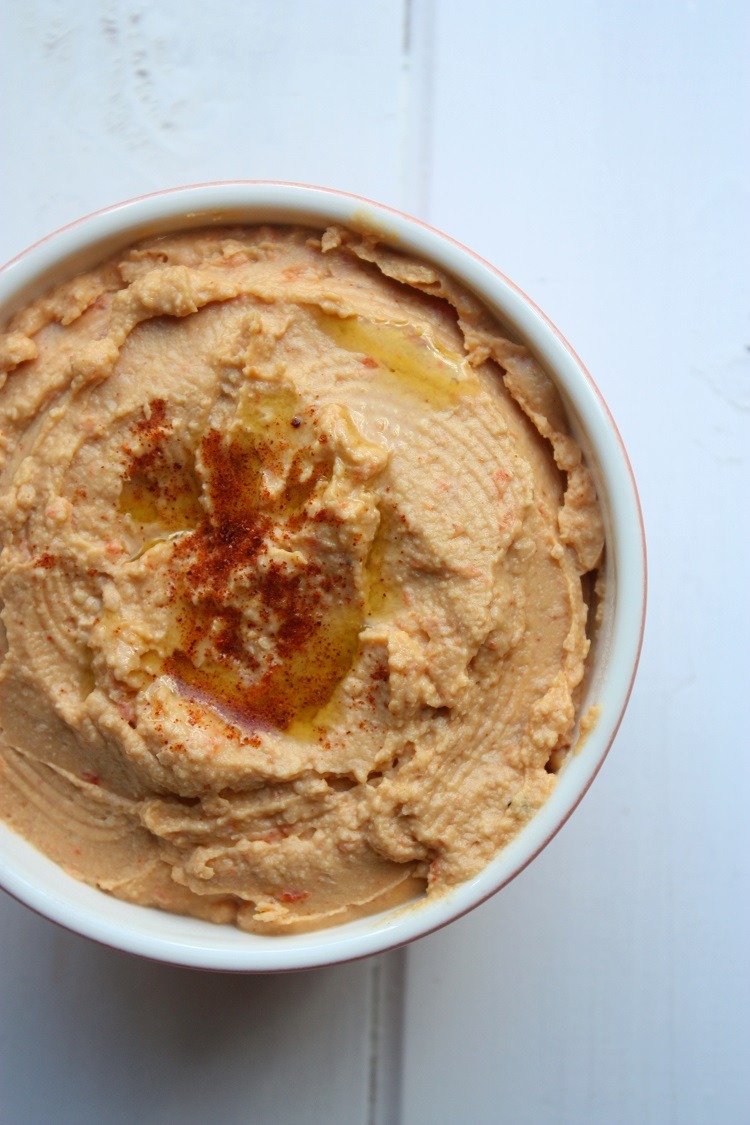 *make sure oven rack is on the highest level to the top heating element
** keep an eye on these, otherwise they will burn and be inedible, I check mine every 5 minutes to make sure they are not over done.
*** if you like it a little chunkier then feel free to keep it that why! Mine was chunky because my blender is a little bit broken and won't blend as well as it used to!

What words are you familiar with that have a different meaning somewhere else?

Have you met an Aussie person before and had no idea what they were saying? 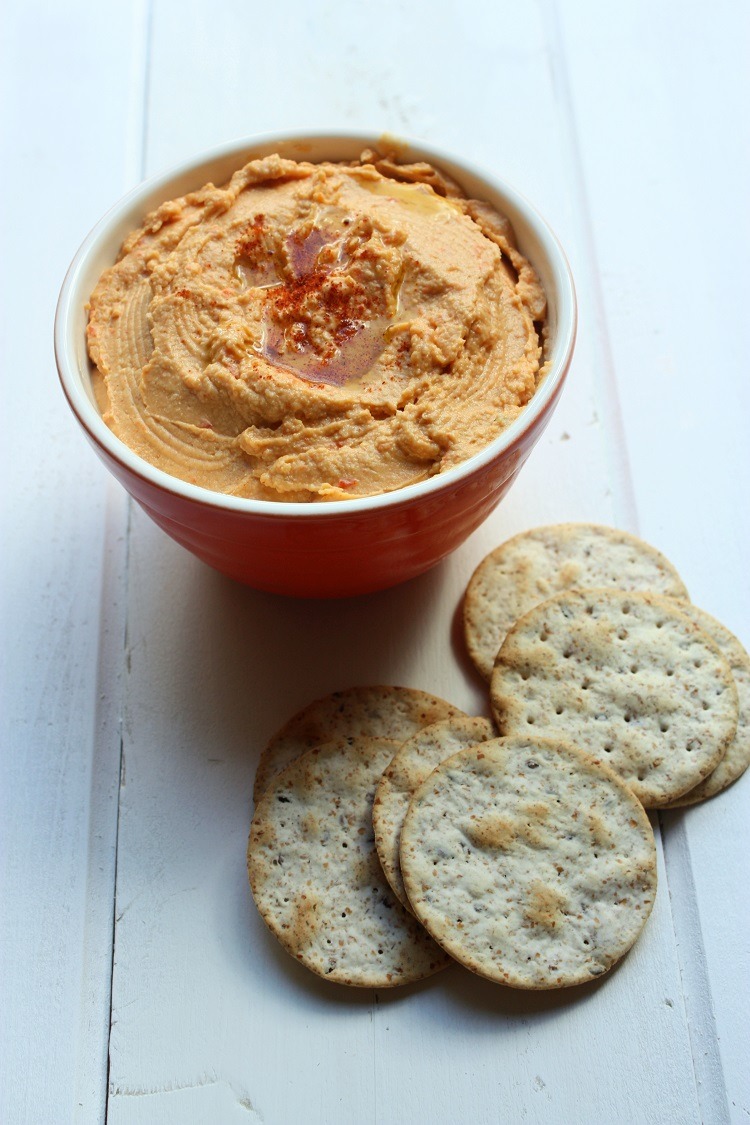 We spoke about your favourite vegetarian meals the

Wrapping up another year and finishing off with on

The perfect little NYE appetisers!! These are an e