Hello! We’re back! I apologies for the lack of posting lately. We got back from our California road trip last week, and I’ve just been so tired this week I have not accomplished anything! It’s been one of those really unmotivating weeks where things just didn’t get done! But this week I’m going to do my best to keep up with a regular postings! Starting off with our RV adventure to California! 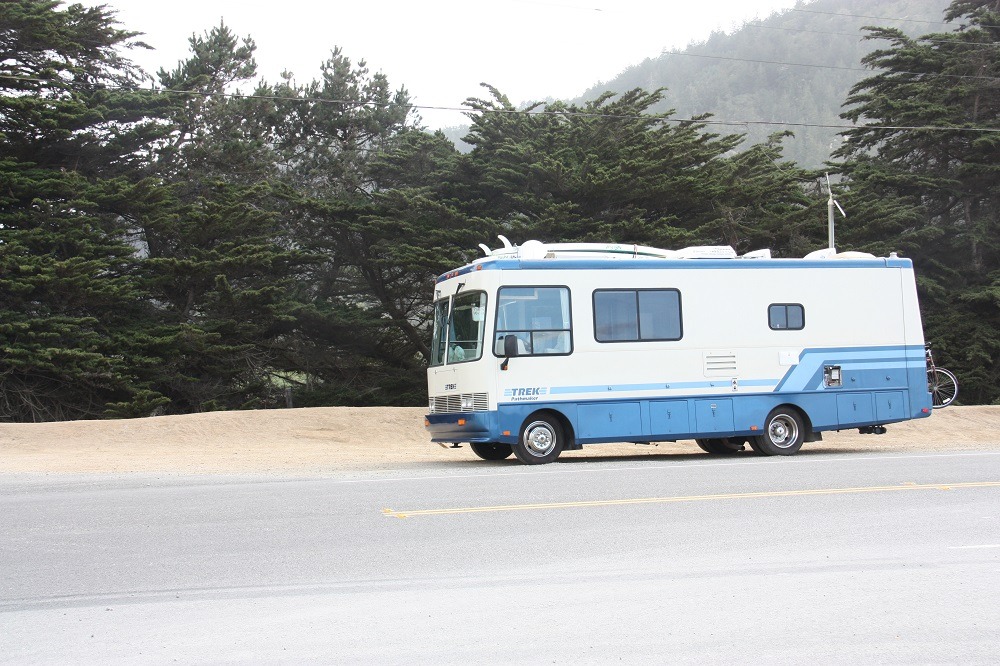 So a couple of months back, Adams boss asked if we would like to drive his RV back from San Fransisco to Portland, naturally we said hell yes! Any chance for an adventure and we will take it. So bright and early on the 4th of July, we embarked on our California adventure. First stop – San Francisco.

I’ve heard really mixed things about SF, but wasn’t disappointed when we got there. Despite the gloomy weather, we managed to find a tonne of fun stuff to do. When in SF, we would totally recommend hiring bikes to bike around, but a word of caution – SF has the STEEPEST HILLS!!! Seriously, steepest hills ever! Adam and I thought it was time to add more adventure and silliness into our lives, so for the first time ever we hired a tandem bike… 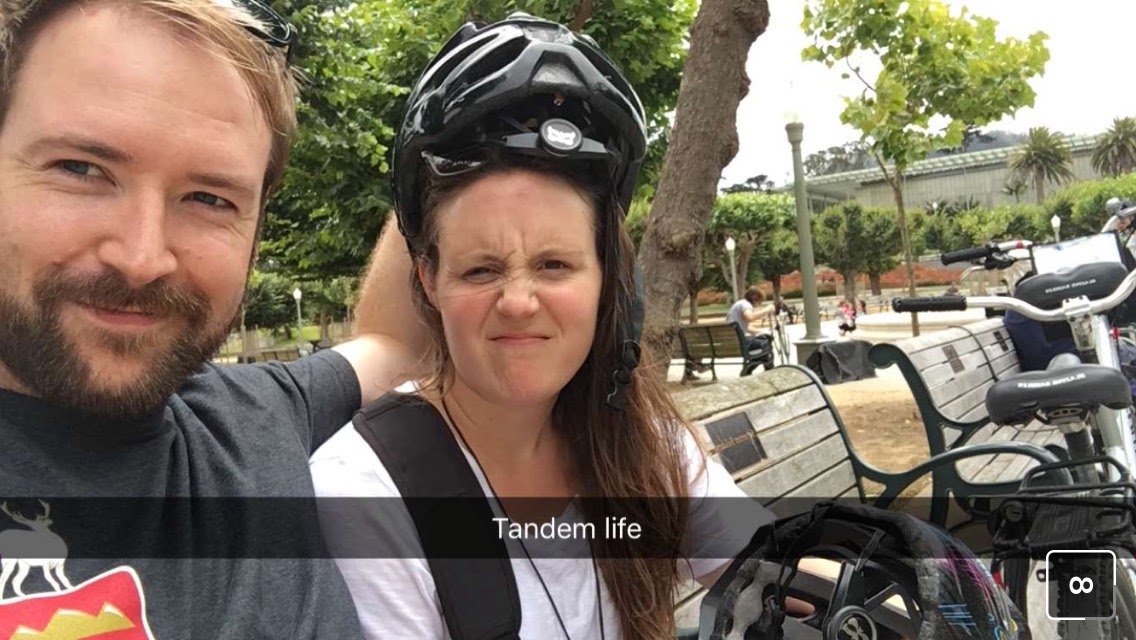 I’m pretty sure my face in the snapchat sums it up. Tandem life was interesting! If you’ve never ridden a tandem bike, then you won’t know that the person up front has control of basically everything. I found it really hard to not have any control over my bike, and I’m pretty sure Adams ear drums were nearly burst from all the times I’d screech in his ear to slow down when we were going down hill! Another word of advice, SF is probably not the best place to hire a tandem if you’re a newbie – those hills were so hard to get up! You’ll really rely on team work! Despite the challenges, it was probably one of the funnier bike rides I’ve had around a city!

In a nutshell, we spent our day biking around SF, seeing sights like the Japanese Gardens, North Beach, the painted ladies, fisherman wharf, and of course the Golden Gate Bridge. Dinner was at this amazing Asian fusion restaurant in China Town called The House which honestly, was probably one of the best meals I’ve ever had! We didn’t have any photos because naturally, we were too busy eating! 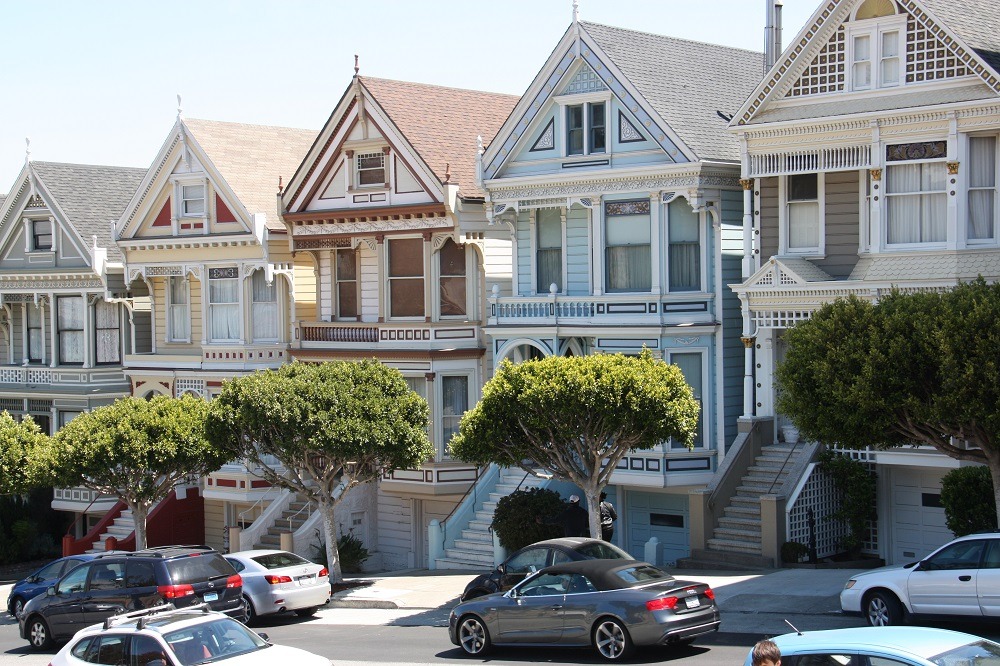 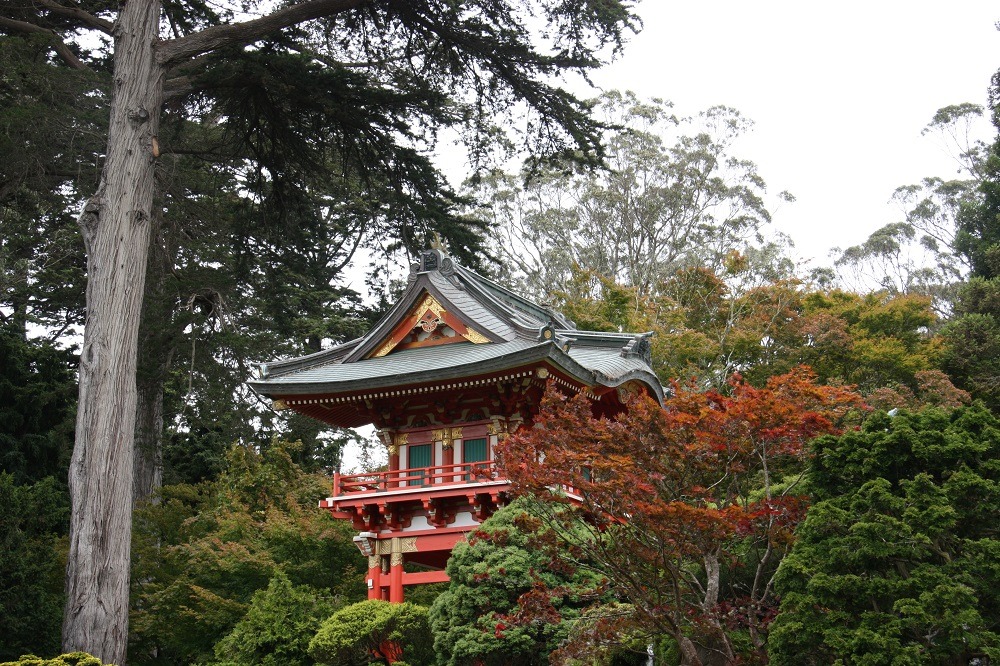 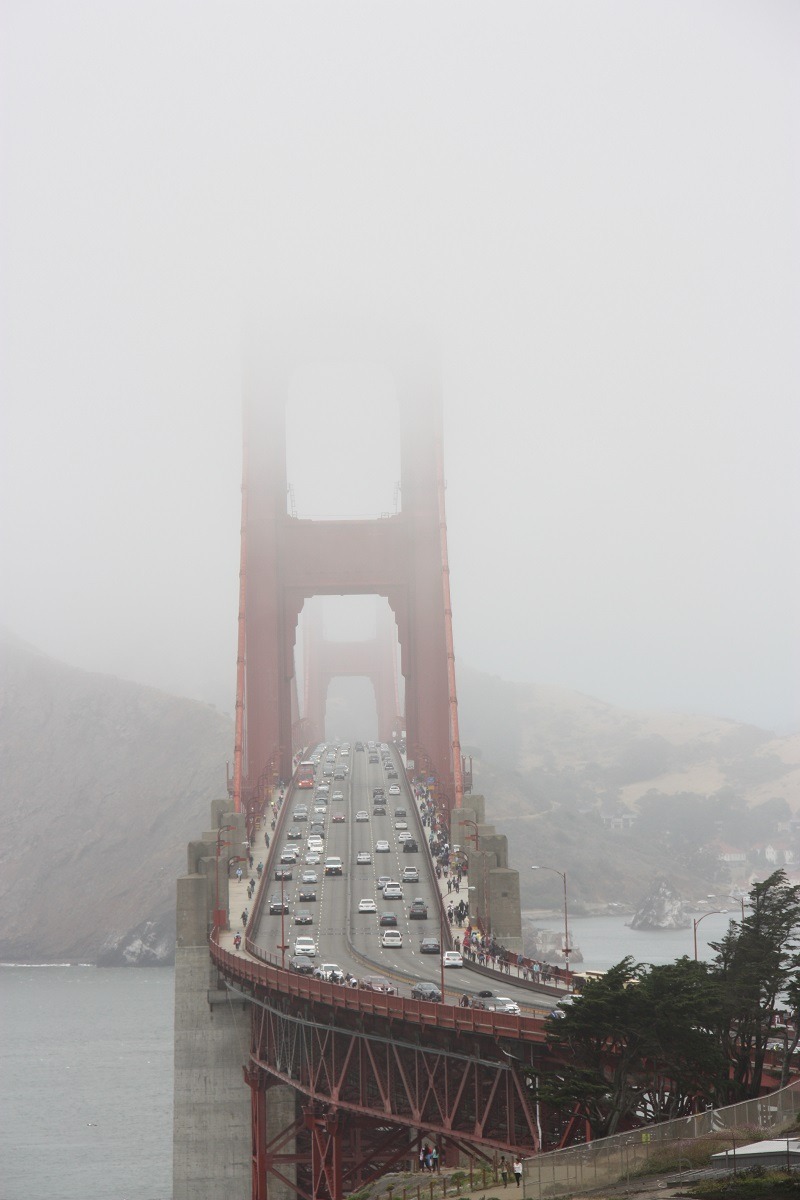 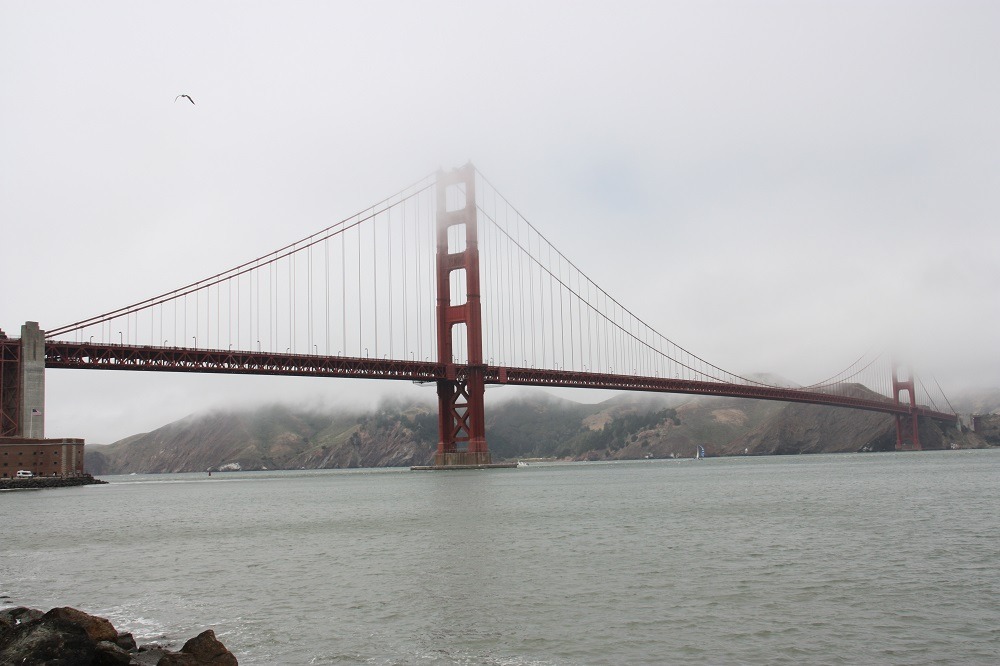 After an epic grilled cheese sandwich and a stella coffee, we boarded the ferry from SF to Vellejo to get the RV instructions before we set off to Santa Cruz.

Santa Cruz was probably my second favourite place we went to on our California road trip (first place… well you’ll find out). Over coming the initial challenges of how to drive a 25 ft RV around the streets of California we rolled into Santa Cruz.

We spent a lazy afternoon cruising (ha ha geddit?) around the streets on bikes, exploring the boardwalk and marine area, drinking beer and eating burgers! Santa Cruz was super chill and a really cool place – I’d love to go back and spend more time there! Santa Cruz has the oldest boardwalk in California and one of the oldest roller coasters in the country. 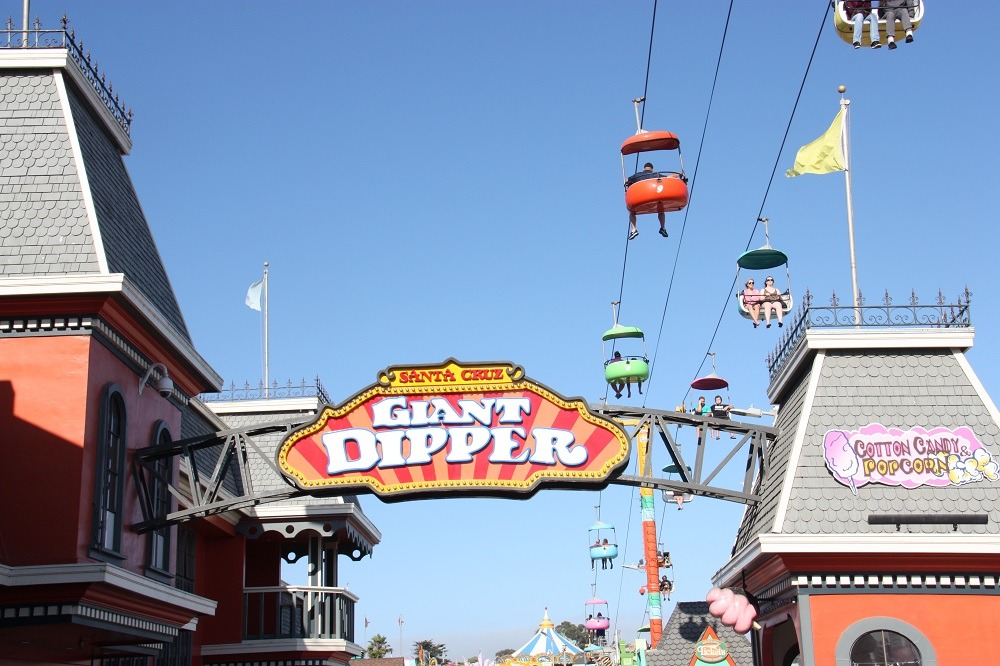 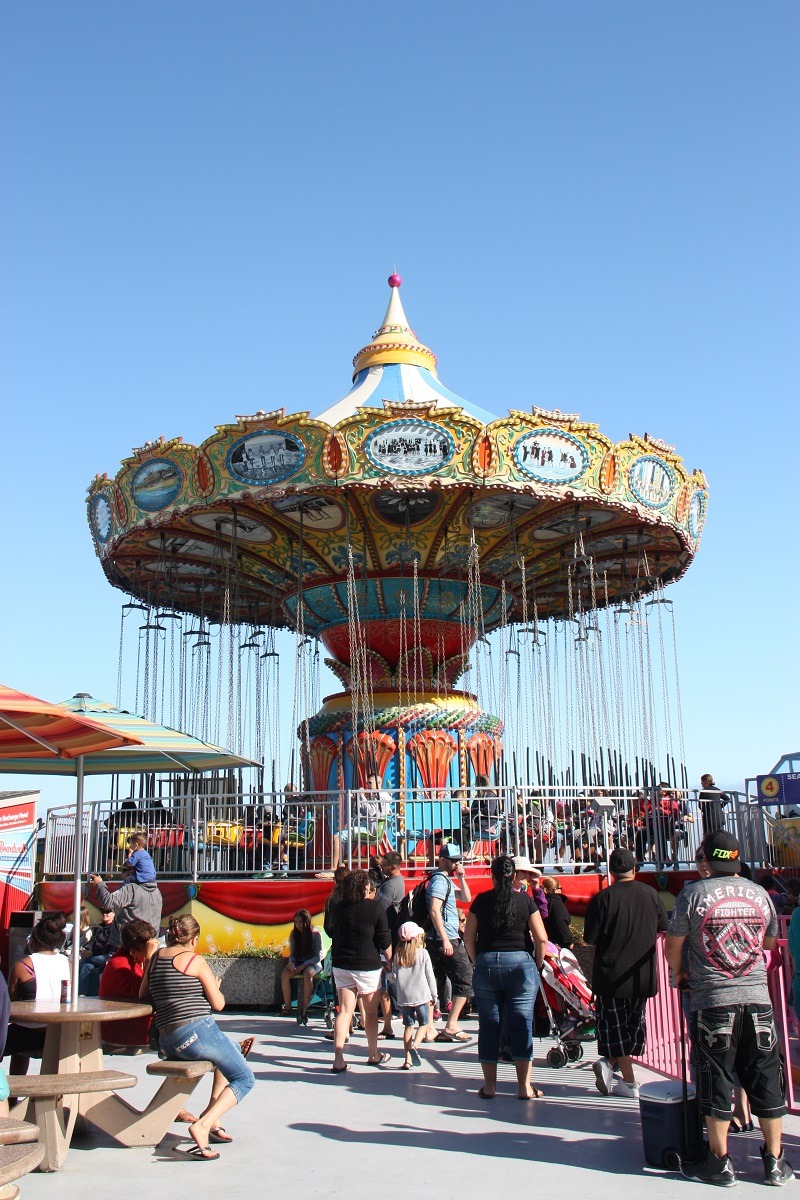 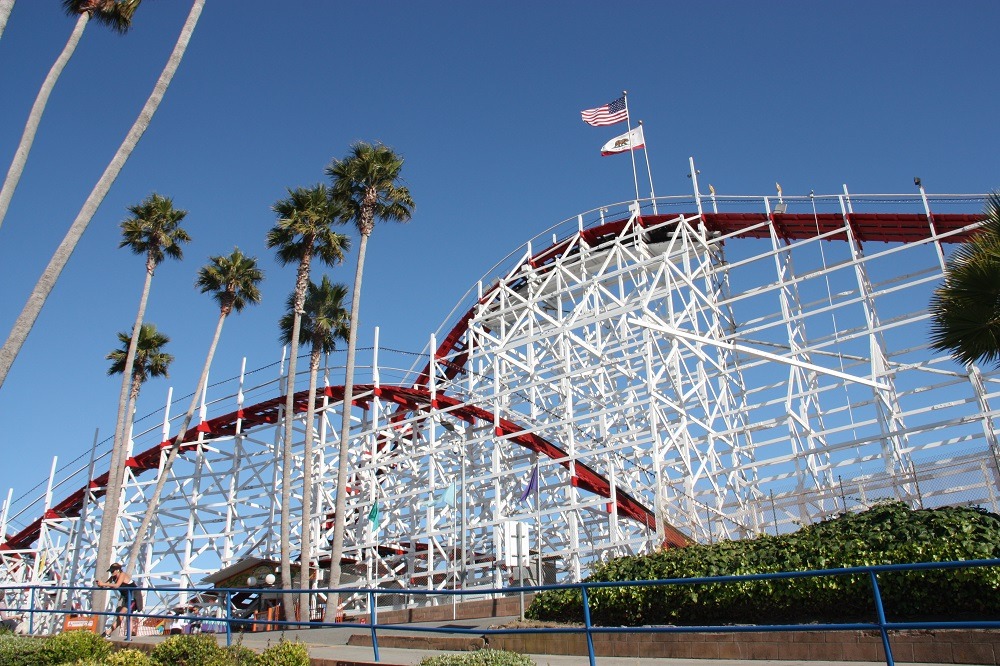 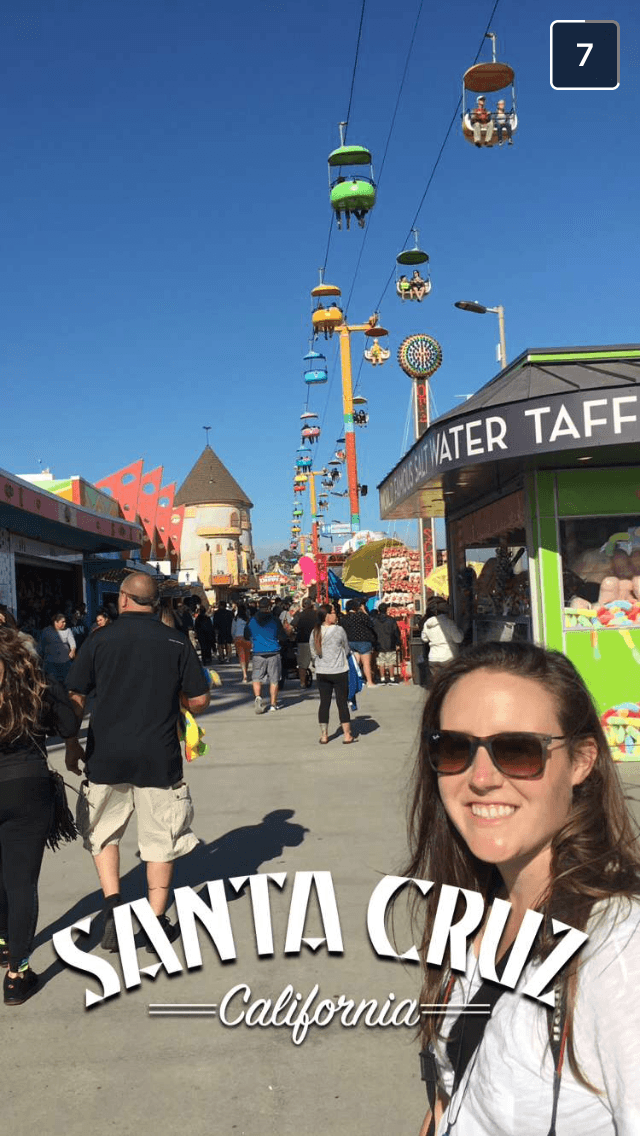 Next stop was Bodego Bay, which was really a very interesting day!

We set out early en route to the California 1 highway via SF again and experienced another highlight – driving over the Golden Gate Bridge! There was traffic, it was a little scary, and then we nearly ran out of gas…. but we made it through past Bodego Bay for our second nights camp. Tired, hungry, and in desperate need of a wine, we eventually found an RV camp!

Bodego Bay was a beautiful little camp spot, we rolled into a lovely RV park at Wrights Bay which was about 50m from the beach! One thing I loved about having an RV was that it was so easy to cook our own meals and just enjoy the simple life a little more! We made so many delicious and simple meals. Breakfast – granola and yoghurt, lunches – bagels or wraps with salad and ham, and dinner – pasta one night, steak another…. and we ate out a lot too! There may or may not have been a few beers and wine consumed as well! But hey, we were on holidays! 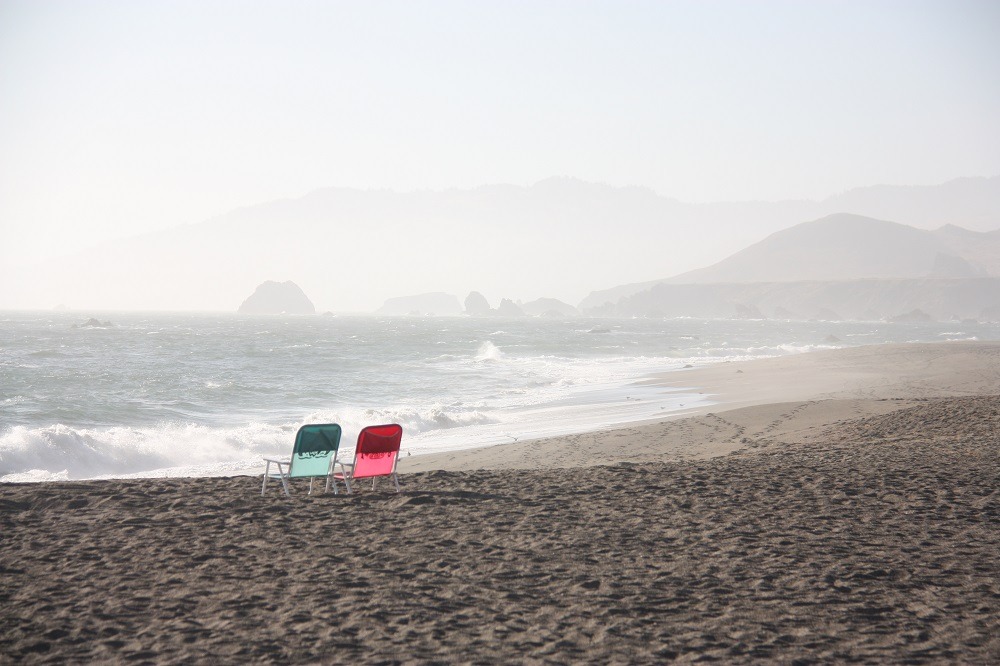 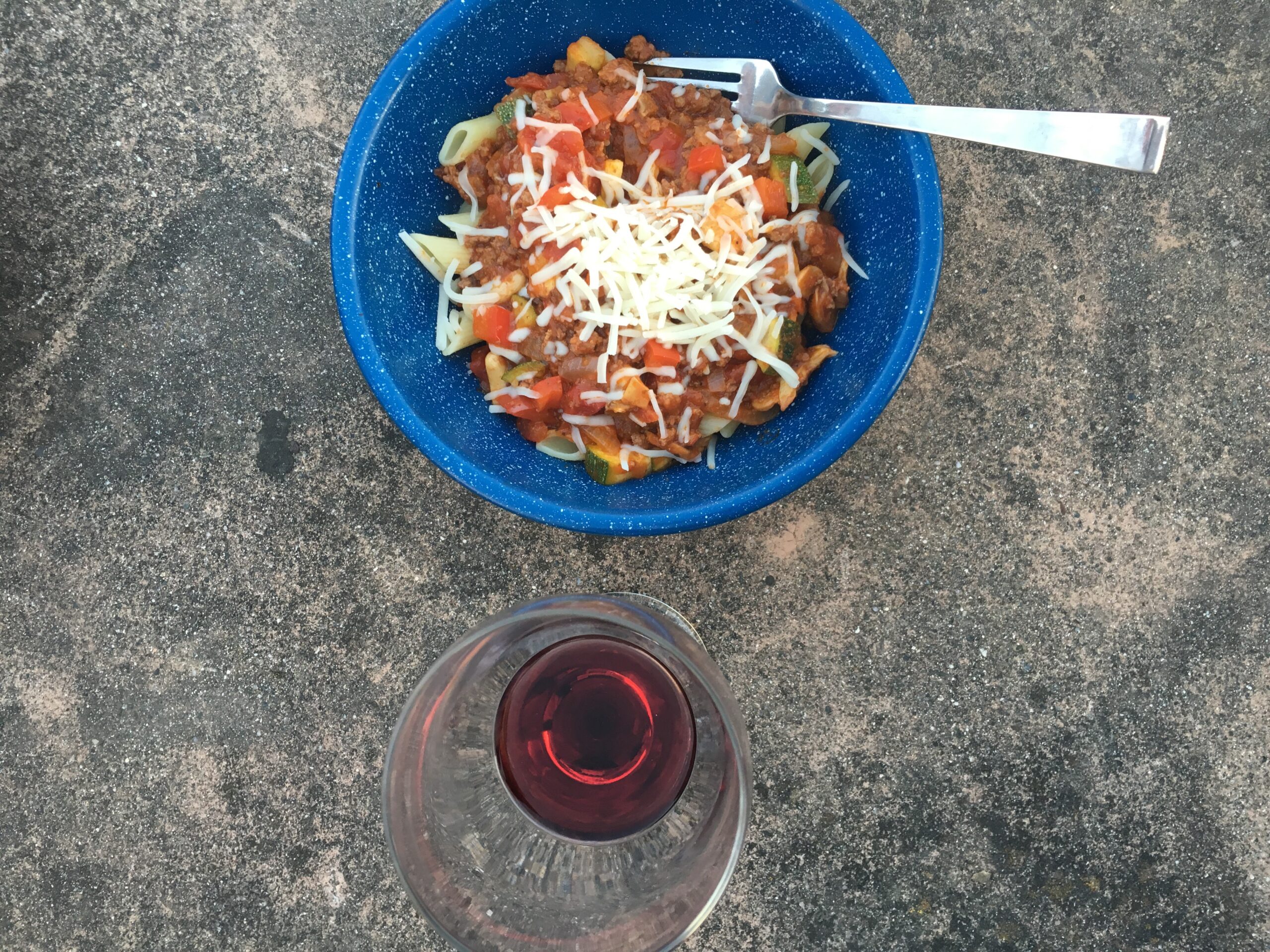 From Bodego Bay, we cruised up the coast into Redwood Country, which was arguably the most amazing part of the trip! We stayed a night in Eureka, before passing through Crescent City (and having a seriously good pulled pork sandwich!) and into Oregon. This wouldn’t have been complete without a walk through the Redwood State & National Park. This was probably one of the most beautiful places I have ever seen in my life! Words can’t even describe how beautiful and amazing this place is! We did a little 3 mile hike to one of the tallest trees in the area that was over 1500 years old!  Seriously amazing!!! 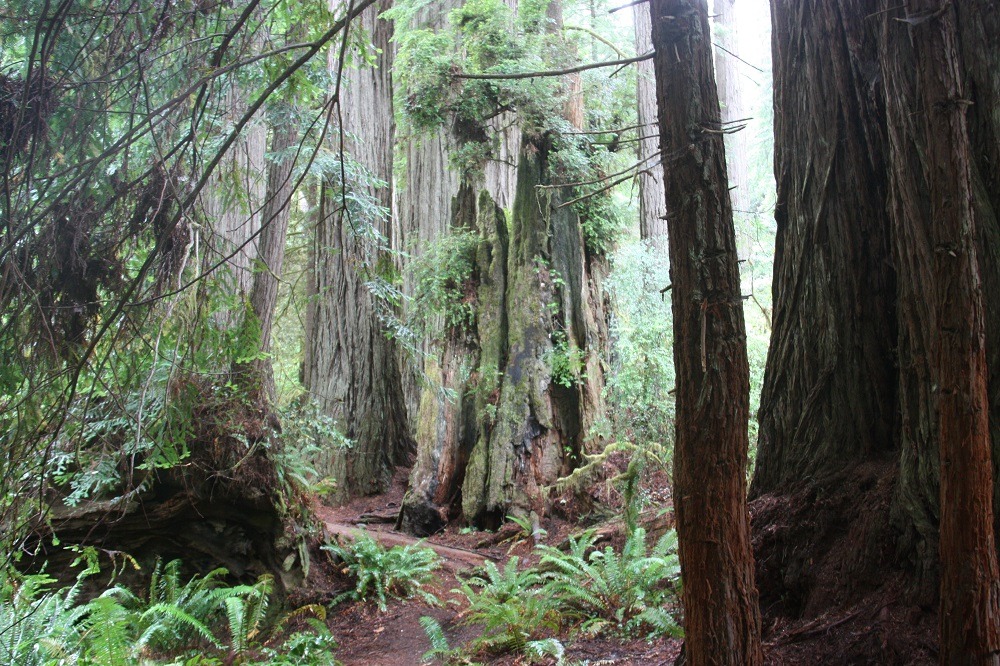 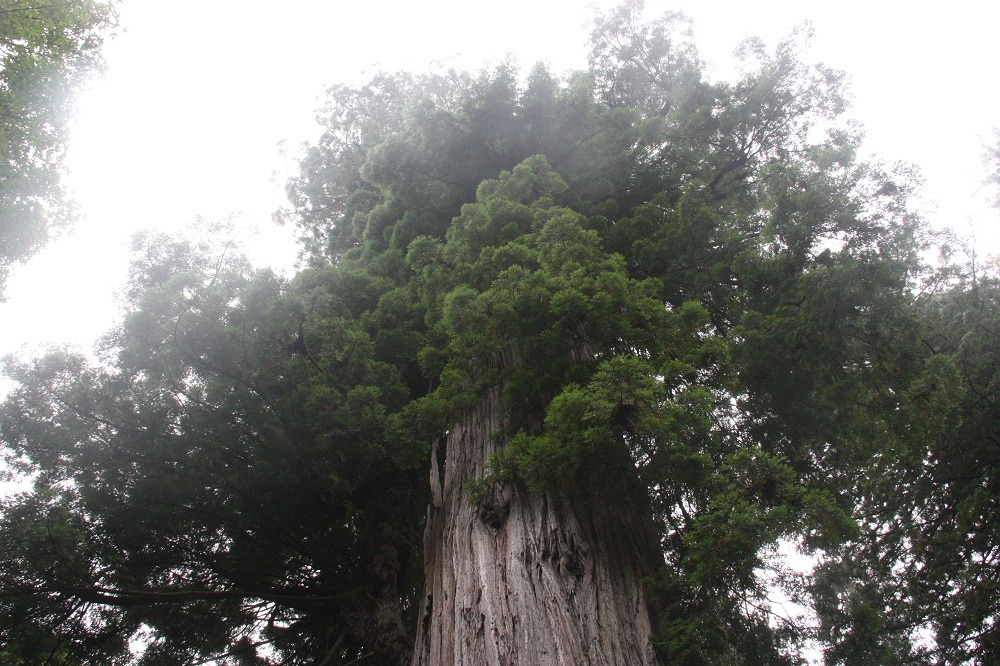 If you are ever thinking of visiting Northern California, I would definitely recommend it. We would have loved to have had more time exploring the area, but are pretty keen to head back to the Redwood State & National Park for some epic hikes!

Life on the road in an RV was pretty sweet. It was just so nice to have some time to explore new places and see different parts of America! It has been such an amazing journey so far moving from Australia, and we’re hoping there will be many more adventures to come!

We spoke about your favourite vegetarian meals the

Wrapping up another year and finishing off with on

The perfect little NYE appetisers!! These are an e