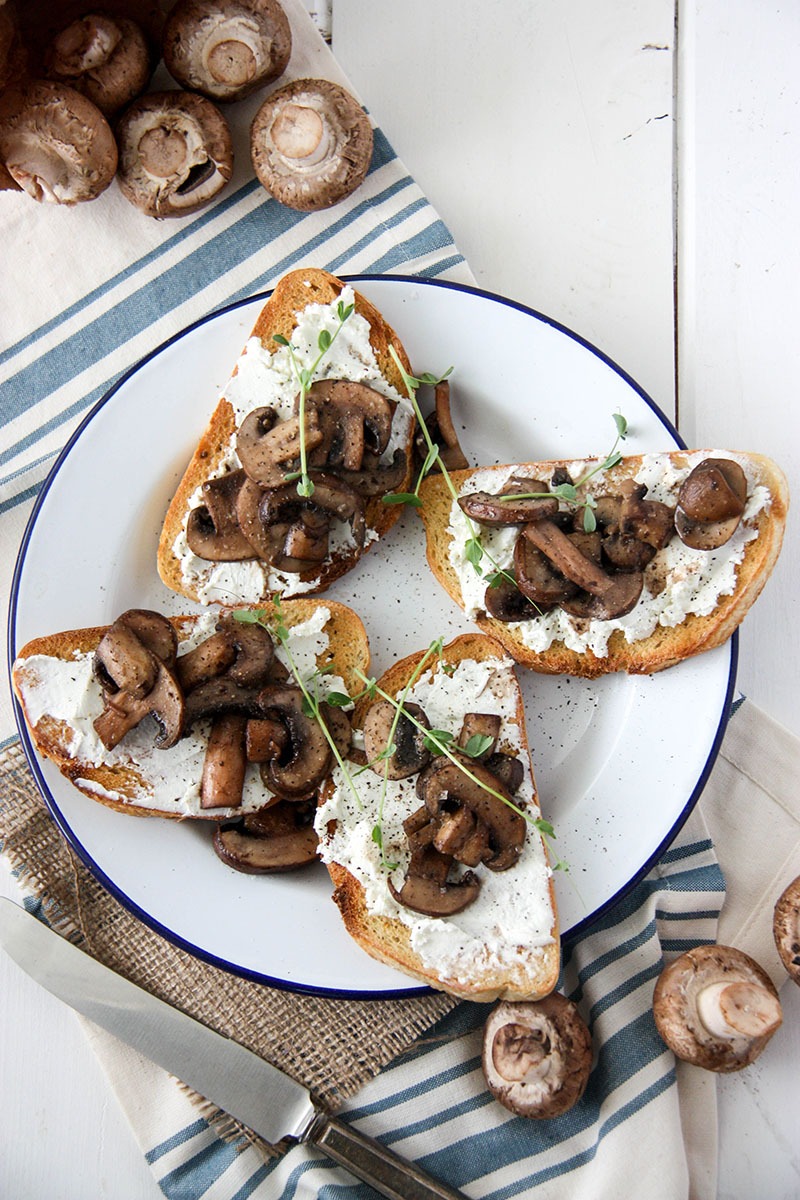 This recipe was born from some severe hunger pains, a bit of a hangover and a craving for something delicious on toast!

Adam is the best when I'm hungover. Usually I adopt the approach, 'it's your fault you're hungover, therefore I'm going to make you suffer.' Which I guess is kinda mean.

Adam is the opposite.

Whenever I am hungover he is an angel! He cooks me food, gives me water and lots of head rubs and back rubs to make me feel less shit!

The other day was no exception!

I woke up feeling probably 70% exhausted, mixed in with about 10% hungover and 20% hangry.

It was one of those mornings where I just could not bring myself to do anything, except sit on the couch indulging in self-pity, wishing I had food.

When Adam woke up and saw my little face frowned in sorrow and desperation for food, he asked 'what do you want for breakfast?' my first thought was toast.

Then I though, not just any toast. I feel like cheese. Not just any cheese, something a little bit fancy like goat cheese. Then I was thinking what else do I want (when I'm hungover I tend to want at least 10 different types of foods), the answer came - mushrooms.

So off Adam went to the supermarket to get me just that. *swoon*. (seriously, if you ever find a partner that makes you food, especially when you're hungover, NEVER LET THEM GO!)

Now, not going to make everyone jealous, but Adam is a fantastic cook, dare I say, better than me (mainly for savoury cooking). Although I won't admit that...to him.

He whipped up this beautiful bruschetta in about 10 minutes, added a few different flavours here and there and BAM, I was in bruschetta heaven.

He cooked the mushrooms in a little butter, twice cooked the toast, and then added the pea sprouts, which, while unusual, actually worked really well.

It was nothing short of a breakfast/brunch master piece and one I could not pass sharing with you!

So, if you've got some time in the morning, are cravings some fancy toast, whip up Adam's goat cheese mushroom bruschetta. You seriously won't regret it! - Georgie x 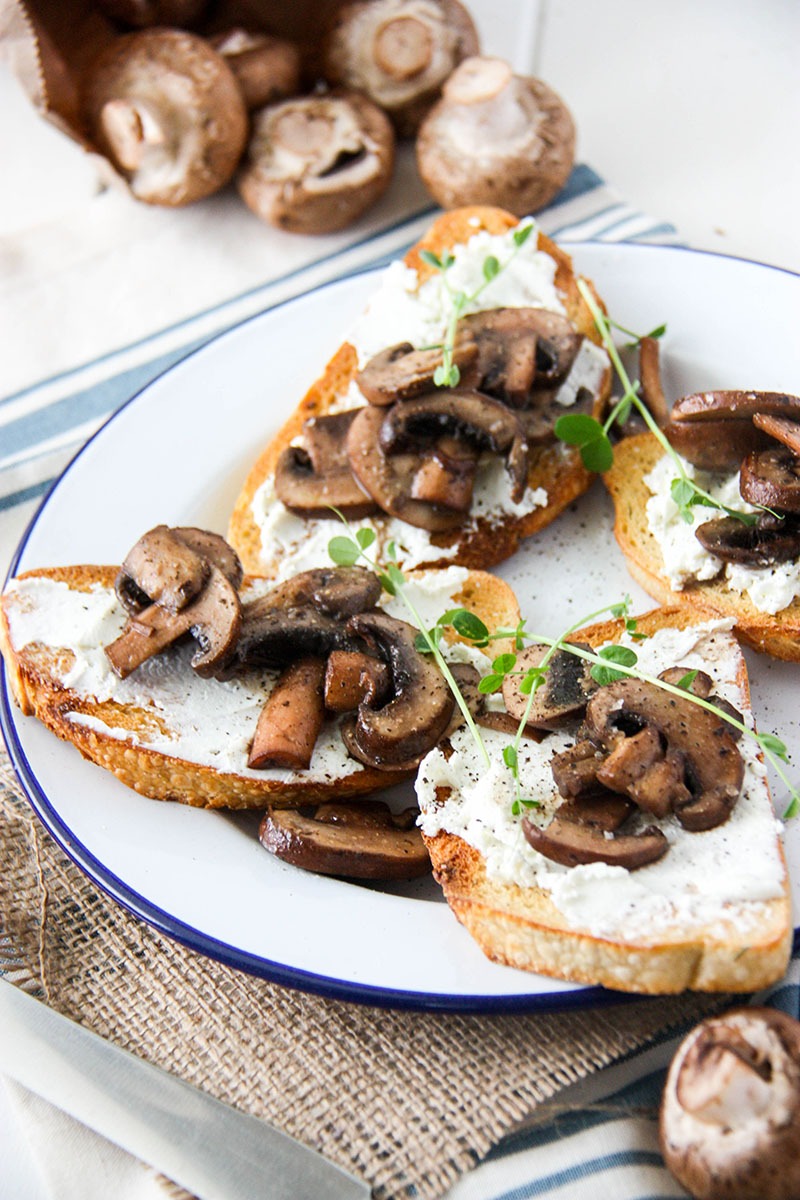 Note 1 - We've used a flavoured bread before which has been amazing. We used a garlic and rosemary bread which we loved. Although I haven't tried it, I imagine olive bread would be great too, as would regular sour dough.
Note 2 - Cremini mushrooms are the smaller, little browner mushrooms you can find at most supermarkets. Regular button mushrooms should be fine, although I haven't tried it.
Note 3 - you probably won't use all 113g/4oz of goat cheese, I used about ¾ of a log for 4 pieces of toast and I spread very thick. It's more of a weight guide so you don't buy too much goat cheese. Goat cheese should be available in most supermarkets in Australia and the US.