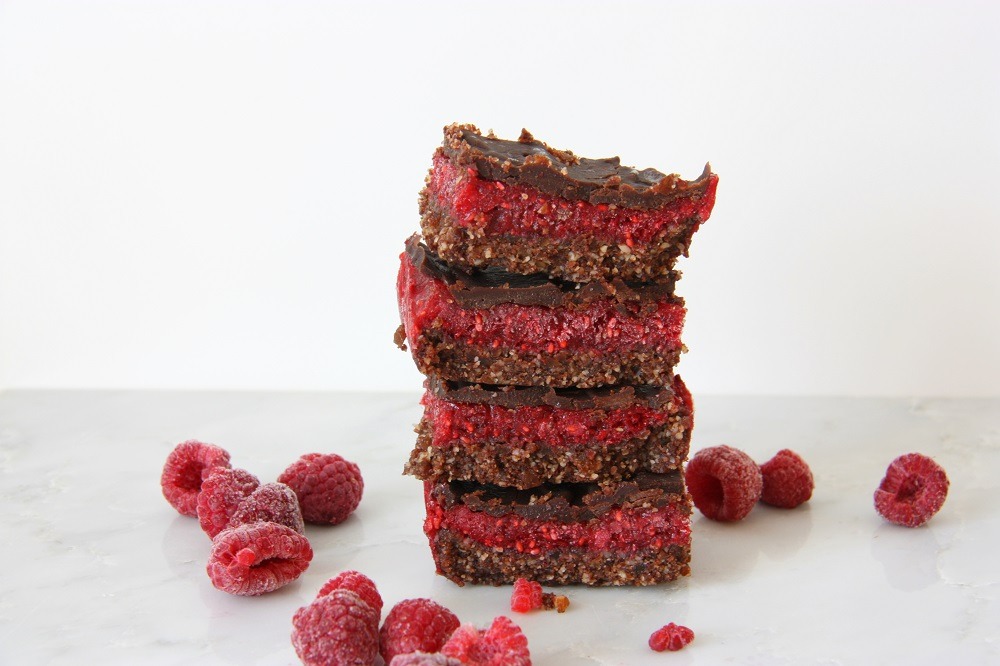 We've figured out that these two combos work well together, but finding something that works out perfectly at the start, is not always the case I've found. Since developing Healthy Pears a few months ago, I've definitely come across many times that I have failed at something and things that I have found difficult. I have had to make countless recipes again, and again, namely cooked chocolate brownies (still haven't got back to that one yet!), have been struggling to make the blog following grow, and have had so many times where I've just wanted to give up already. But I've decided to stick with it, because at the end of the day, nothing really beats spending the day writing and cooking, especially when you come up with recipes like this raspberry chocolate brownie!

So, after a few disasters with this slice, we think we've nailed it. This raspberry chocolate brownie is refined sugar-free, not too sweet, super chocolately and has a lovely tang to it from the berries to cut the sweetness of the chocolate. The first attempt making these lead to smashed chocolate and oozing raspberries everywhere, and an odd flavour because I mixed up the use of agave and rice malt syrup (not to self, use one sweetener only!). The second attempt ALMOST failed, until I realised that I had to be patient and actually let the slice set before cutting it! So on that note, this brownie takes a little while to set - I'd give it a good hour in the freezer. It won't be easy, because I guarantee as soon as your start making this, you will want to eat it immediately!!! We love this recipe because we can easily slice it, and put it in the freezer, and just grab it out any time we feel like a snack! It will last about two weeks in the freezer, but if you're anything like us, it will be gone within a week!

Happy baking (creating? considering it's raw?!) and let us know - when was a time that you failed at something or wanted to give up? Was it a recipe? A hobby? What did you do to bounce back? 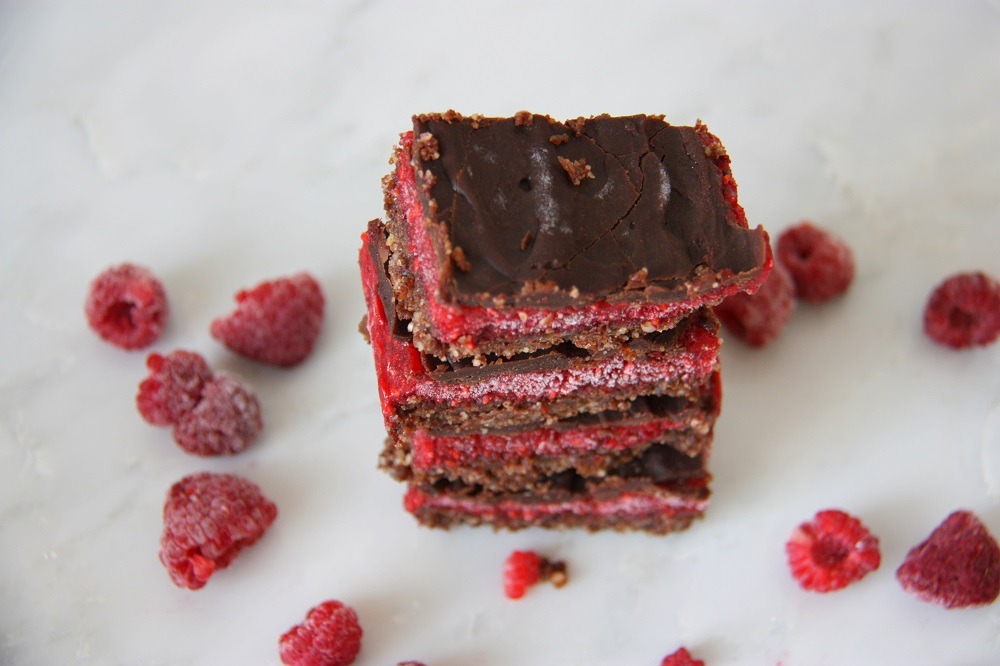 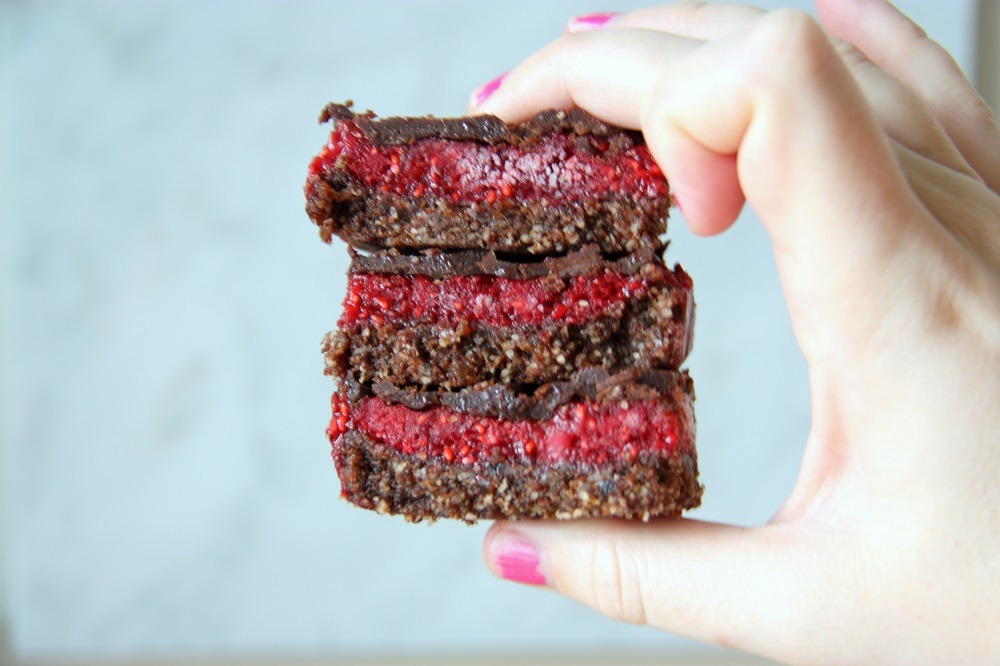 * if brownie is not coming together, try adding more dates.
** when cutting, be careful as the chocolate layer may slip from the raspberry layer, so cut gently to ensure raspberry layer does not squish out the sides
Keyword healthy brownie, Healthy Snack
« Traditional Apple Crumble
Bacon and Corn Breakfast Muffins »