This apple and pear crisp is perfect for a wintery breakfast with feel-good vibes! Made with healthier alternatives, fresh winter fruits and crunchy nuts and oats, this is a perfect healthier dish for a cold winter morning.

Why hello there! I feel like it's been ages!

But we are back again and holy moly can't believe it's DECEMBER ALREADY!

Seriously, when did this happen?

I freaking love December though, it's actually my favourite month of the year! A lot happens in December - we kick off with Adam's birthday this week, he's working BOOOO. Then it's my all-time favourite holiday! Christmas!! Yay, who's with me!? And then we kick off a brand new year! Wow!

This year has gone freakishly fast and I can't wait to do a reflection at the end of the year to look back on everything we've done this year! Adam and I were talking about it the other night - this year has been a HUGE year for both of us!

But let's quickly talk about a few things.

I missed my usual, 'monthly musings' last week, so I will update you shortly on what went on last month.

But, I also wanted to talk about Christmas!

This month is my favourite month. I'm working on some exciting new recipes for you perfect for the Christmas holidays and New Year's Eve and I am SO DAMN EXCITED!

I'd love to hear from you for any recipes that you'd love to see on THCK - do you want apps? desserts? salads or sides? or a go-to ham recipe? I'm also planning a few posts on how to deal with the Christmas aftermath - aka ALLLLLL the leftover turkey you'll have. And of course, I won't forget some amazing New Year's Eve recipes! 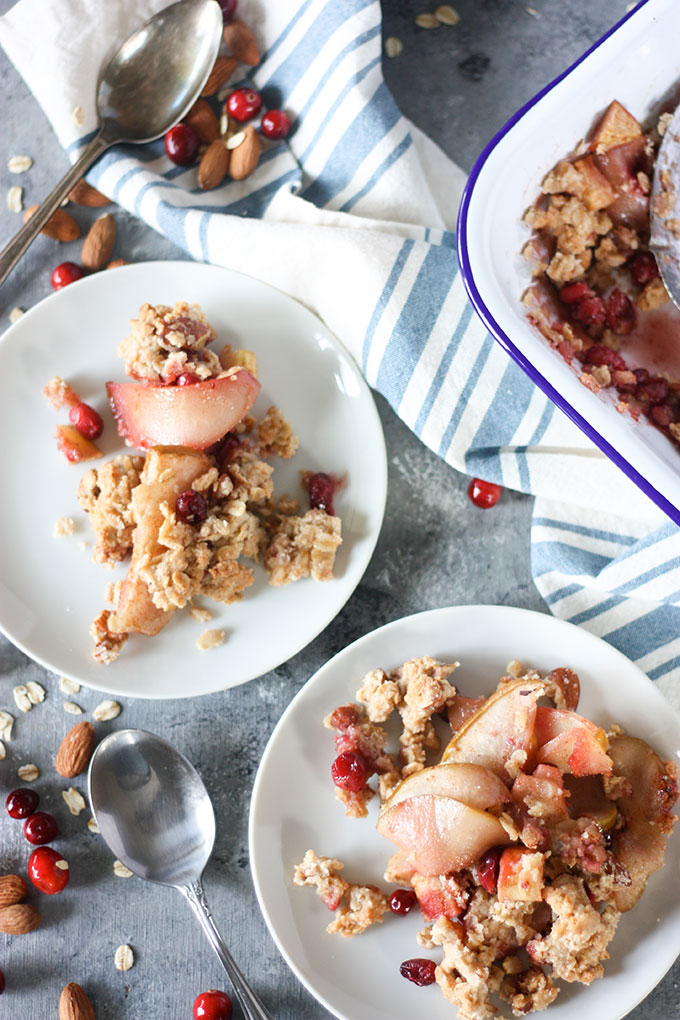 But for now, let's quickly chat about last month!

I feel like this month was basically taking care of Archie! I looked back at my photos to see what we did, and every second one was of him! But I can't help it, he is just too cute and amazing!

But enough about me and the doggo, let's quickly talk about this apple and pear crisp! 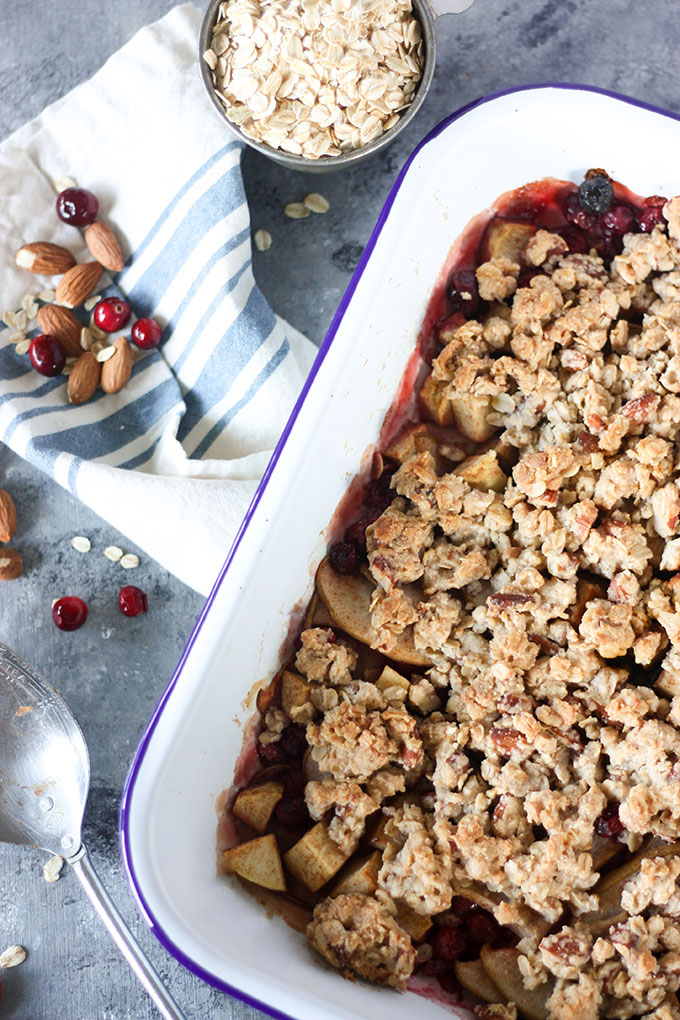 I realised there is a lack of breakfast recipes on THCK, which is shocking because breakfast is my favourite meal of the day!

But when planning my Christmas content, I realised that there are no good Christmas breakfasts recipes out there!

I don't know about you, but I can't go without eating breakfast. Christmas is a tricky one though. You don't want to overeat in the morning because then you're full. You also don't want to indulge too soon with sugar and heavy rich foods.

So I thought this apple and pear crisp would be the PERFECT breakfast recipe for Christmas morning!

A light crisp made with using healthier ingredients, on a lightly stewed fruit back using seasonal fruits. This would be perfect to make for the whole fam, and a great way to start the day!

Serve with Greek yoghurt, and top with fresh fruit. This apple and pear crisp is easy, quick, affordable and absolutely comforting and delicious! Um, can it get any better (short answer: no!)

Who's with me! Let's make Christmas breakfast together. And by together I mean virtually! And by virtually I really mean, make it, post it on Instagram and tag us @thehomecookskitchen because I'd love to reshare!

Happy December everyone! Hope your month is filled with joy, Christmas carols, trees and decorations and family/friends and good vibes! ????✨❤

Are you a die-hard Christmas fan? What's your favourite healthy go to breakfast? Do you even eat breakfast on Christmas morning?

I can't believe how much he is growing already! He is such a beautiful little boy! When he's not being a little ????